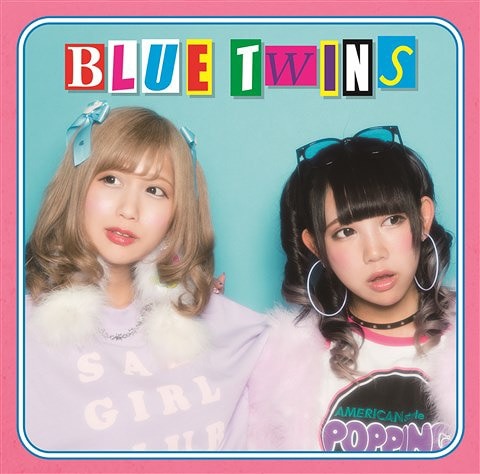 Blue Twins, made up of Nanase Gumi and Amaterasu Omomoko from Bandjanaimon!, have released the MV for their upcoming release titled Cinderella Blues.

Exclusive to the Blue Twins version of the group’s single titled Natsu no Oh! Vibes it will be released on August 24th.

With an 80’s filter and a boxed video, we get to enjoy Nanase and Amaterasu as they make their way around the city singing along to the catchy song. Visually it’s impressive and is sure to have you watching until the end, song wise … it’s decent.

It does have an old fashioned style to it that matches the style of the video perfectly, but the chorus is a tad on the weak side (not to mention the random aggressive rock section at the end). Despite that, it does have its moments and is worth a look for those who are fans of the members.

We should start seeing the other unit MVs come out soon so make sure to get your copy of the single reserved since it’s promising to be an epic release for Bandjanaimon!