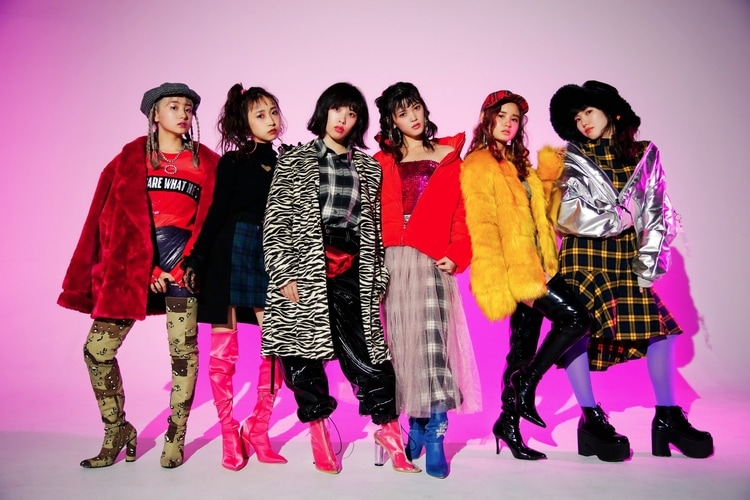 QUEENS debut in the MV for their debut single titled ROCKSTEADY.

Out April 24th, the single will be released in one edition.

QUEENS are new to the scene, but they have been around for quite some time. In fact, one of the members, Emiry (formerly from Piiiiiin), has been posting pictures of them preparing for their debut for some time now. But, now that they have finally debuted, is it worth a watch?

Kicking us off we have several scenes of the group as they dance in one of the smallest buses available. It’s cramped, but the addition of another bus covered in party supplies and an open-air performance help give it some variety to go with the colorful outfits they are wearing.

As for the sound, the group describes themselves as a “dance-rock idol group”. That description fits in perfectly with the sound of the song since it has a catchy rock beat with a touch of E-girls. Unfortunately, the song seems to be missing something. It will make you dance, but it feels like it needs more to make it feel more “full”.

Check out their debut MV and grab a copy of their single if you wish to show your support!