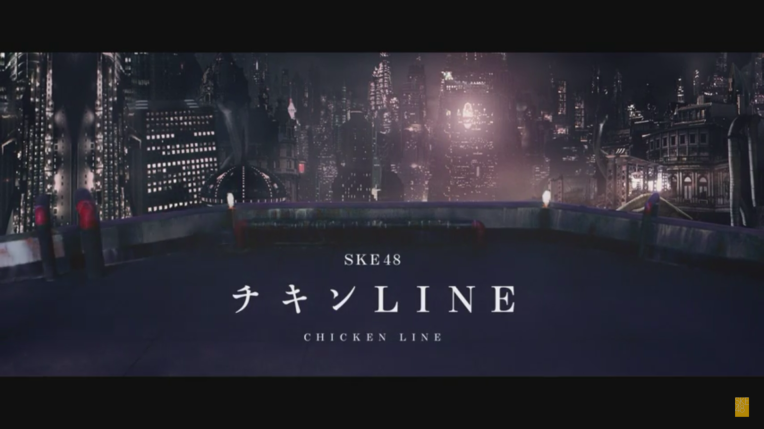 SKE48 have released an MV preview for the main song from the single Chicken LINE.

Releasing March 30th, we have already seen the other MV previews for the other tracks from the singles released a while ago.

What kind of beat comes to mind when you see a dark dystopia full of idols and action?

Exactly, Flamenco-inspired music with trumpets and a catchy beat.

Full of catchy beats with a Latin touch, it makes for an amazing song that is so catchy when combined with the talented voices of SKE48. The voices are a nice match since they have a calm sound that seems to melt into the beat.

Unfortunately, the MV itself doesn’t seem to match much with the song, instead going for a look that would feel right at home at a Batman movie or even a dark industrial anime (the intro suggests that before going full trumpet).

Despite the visual throw off, I am loving the song since it has a nice beat that is sure to have you nodding your head to the beat.

Well worth a look, so make sure to check it out after the break!