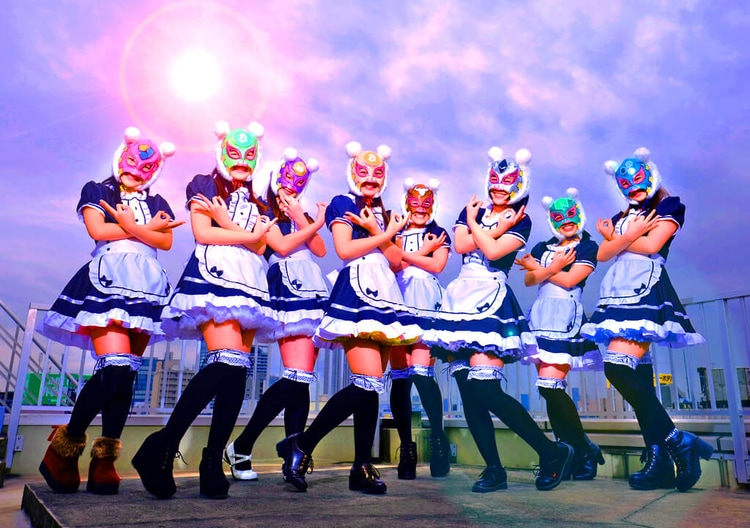 Update: Added a preview of their debut song “Tsuki to Kasou Tsuuka to Watashi”

Kasou Tsuuka Shoujo, an idol unit based on the theme of virtual currency, has announced their debut.

As mentioned in their introduction page, the virtual currency industry is showing no sign of stopping. Bitcoin is growing in value every hour, with many becoming rich or losing money in a blink of an eye.

In order to create a wonderful future and to help support this new industry, Kasou Tsuuka Shoujo have debuted to lead virtual currency to a brighter tomorrow.

The group is made up of members from Seiza Hyakkei, a luchador mask-wearing idol group based on the 12 constellations of the Zodiac. For this unit, each girl represents a different form of virtual currency:

As expected of their “virtual currency” theme, those who wish to go to their lives or buy merchandise will have to do so using Bitcoin, Ethereum, or other forms of virtual currency.

It’s unknown why there’s no idol member representing the Dogecoin, but hopefully a future audition can solve this. We are living in a new era folks, stay tuned for more details about Kasou Tsuuka Shoujo!

2 thoughts on “[UPDATED] Kasou Tsuuka Shoujo, An Idol Group Based On Virtual Currency, Has Debuted”