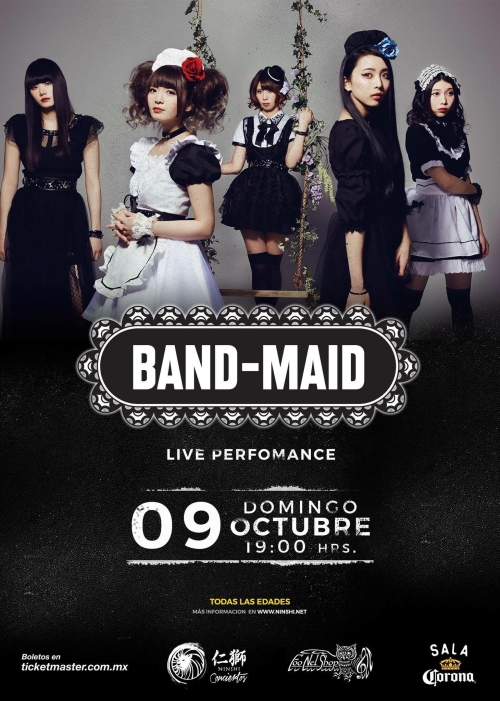 Japanese maid rock band BAND-MAID has announced that they will be performing in Mexico in a one-man show.

Set for October 9th, the group will be performing at Mexico City at SALA. Tickets will be sold starting May 16th. Here are the ticket prices:

There will be Meet and Greet opportunities for VIPs, alongside early entrance, pictures with members, signed posters, and hi-touch (members stand in a line, you touch their hands). Here’s the schedule for the event:

While the performance might be a few months away, it’s definitely an exciting opportunity when we see groups such as BAND-MAID get a chance to perform overseas in areas other than the US.

Mexico especially has a strong following for Japanese music, which is exciting news for fans in the area since they will get to see the group without having to go to Japan.

Tickets can be bought online at Ticketmaster or at the venue, so if you’re interested in going definitely pick up a pair of tickets since this is definitely going to be a performance to remember!