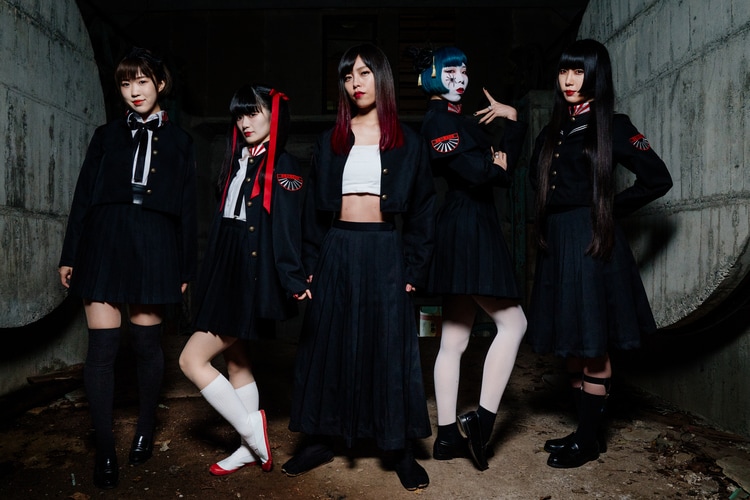 NECRONOMIDOL have announced the release of their 3rd album titled VOIDHYMN.

Out September 29th, the album will be released in 1 edition.

The album will contain a variety of released songs including DAWNSLAYER and STRANGE AEONS. Here is some more information from the official Twitter account, including the titles of some new songs:

It’s been some time since we last got to see an album from NECRONOMIDOL, in fact it’s been more than a year since the release of DEATHLESS. Thankfully, that’s about to change with the release of VOIDHYMN.

There’s not much to comment on at the moment apart from the great new songs that we’ll get to enjoy and the cool cover. There’s a bird-man playing a violin, Sari eating flower petals with a glazed look, and a creepy baby standing in a pile of skulls, making for an incredibly creepy and awesome look.

Make sure to pre-order your copy because it’s sure to be a hit!