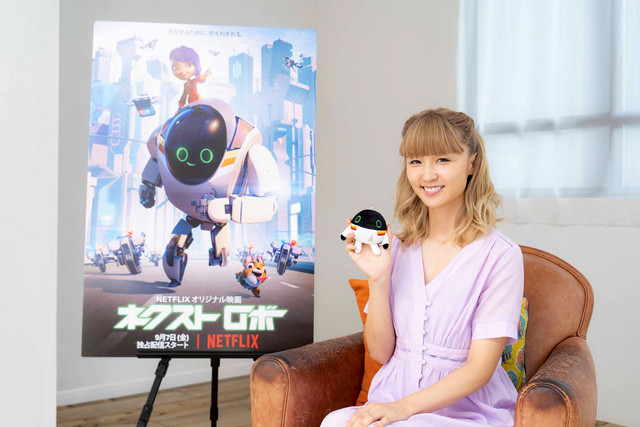 Dream Ami sings in a white room in the short MV for the song titled NEXT.

The song will be used as the ending theme for the Netflix animated movie titled Next Robo. The movie will depict the bond between a fighting robot and a lonely girl called Mei. The movie Next Robo will be released on September 7th.

The song NEXT will also be the coupling track for Dream Ami’s 7th single titled Wonderland. That single will be released on October 24th.

Since this is a tie-in song for a movie, it’s not surprising to see that half of the MV is just a trailer for the movie. However, it’s those scenes that help get the feeling of the song across perfectly. Add in a few scenes of Dream Ami as she sings in a white room to a microphone and you have a great idea of what to expect.

So, any guesses on what the song sounds like? If you guessed ballad, then you’re correct! Yes, it’s on the softer side but there is a distinct hip hop sound that pairs perfectly with Dream Ami’s voice. That alone is worth a look in my book.

Even though I’m not too big into movies myself I have to admit that the scenes we saw are certainly impressive. They seem to have a distinct Pixar-esque look to them, which is sure to be a plus for many. Make sure to check out the movie if you can!