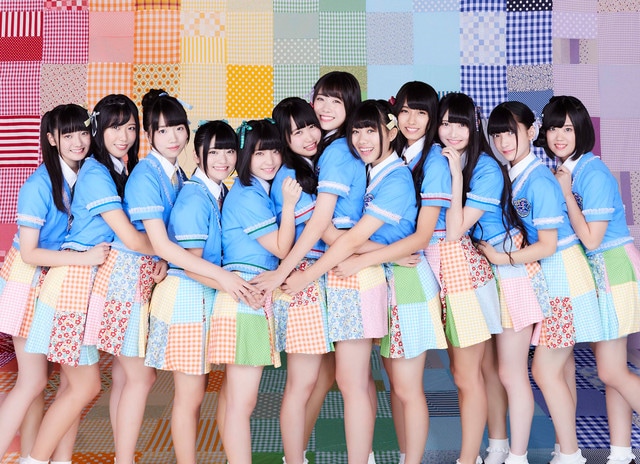 Niji no Conquistador reboot a classic in the upbeat MV for Yarukkyanai! 2018.

Out December 12th, the track is part of their Best Of album titled THE BEST OF RAINBOW.

What were you doing back in 2015? If you’re Niji no Conquistador you were probably just about to release Yarukkyanai! 2015, a bubbly idol release that came to define the group and their ever changing lineup. Not surprisingly, the song won the fan’s vote for the Best Of album and it has received a reboot for their latest Best Of album.

So, how does Yarukkyanai! 2018 sound? The song hasn’t changed much apart from the vocals, which are always welcome since they sound polished and even more adorable than before. The same funky beat is there, and the adorable energy is still packed in, making for an enjoyable release for anyone who is into idol music.

Visually the release got a complete overhaul. Gone are the awkward green screen moments from the original and instead we get to enjoy many scenes with the new members as they sing from a variety of screens throughout the release.

In true Nijicon fashion, it’s impossible to describe every scene, but there is a lot to enjoy throughout the MV. The awkwardly long Nemoto Nagi scene is still intact, and the MV is packed with the members doing incredibly cute stuff such as dancing in front of a colorful flag and posing to form the number 2018 (with Yamato getting real up and close with Tsurumi).

It’s a treat, so make sure to check it out because it’s an great update on the original!

Looking back at older photos or videos is always embarrassing. So, how about we do that and check out the original MV for this song? It’s a good reminder of how much technology has advanced in the past 3 years and how much Nijicon’s lineup has changed since then.

Grab a copy of the best of album to enjoy even more Niji no Conquistador!