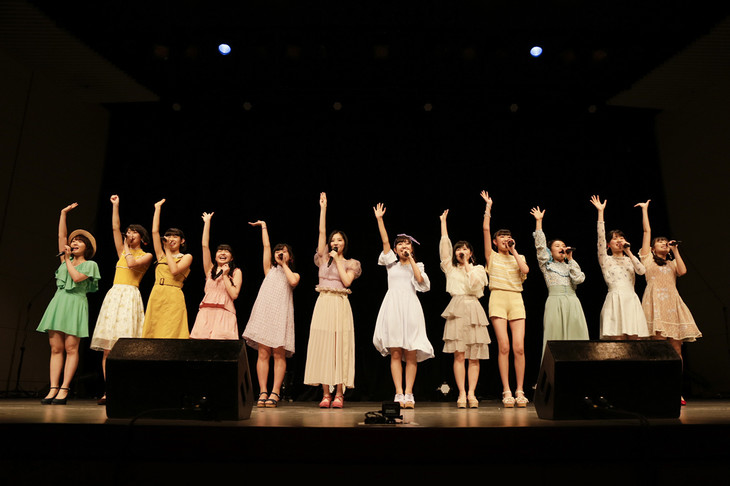 BEYOOOOOONDS will be getting a major debut single release.

Out August 7th, the single will be a triple a-side single.

The announcement was done during an FC event where the members were surprised with the news on stage. Not much is known about their major debut single apart from the title of one of the songs Megane no Otoko no ko.

Their name alone brings to mind someone who fell asleep on their keyboard. But, BEYOOOOOONDS are among the most interesting idol groups from H!P yet, mainly due to how long they’ve been active.

As some of you might remember, the group got their start back in June 2017 when Hello! Project announced a large amount of lineup changes. Since then, they have been relatively active with Ichioka Reina as leader.

I’ll admit that I have no idea how their music sounds but I’m excited to find out more about them. Hello! Project groups are always among the most unique so it should be a treat for everyone.

Get started memorizing how many “o”s they have in their name, since you’re sure to hear more from them in the future!