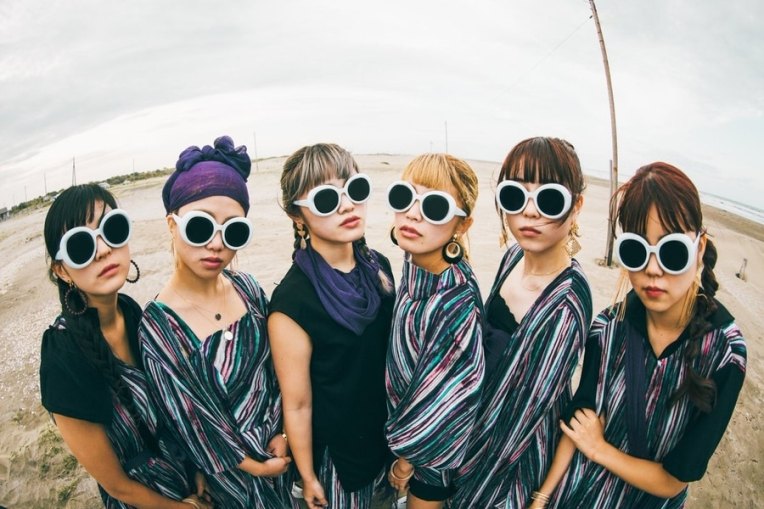 Osaka☆Shunkashuto jump into a lake in the MV for Sono Te.

Out July 31st, the track is part of their mini-album titled Gachi Agaru High Tension Made Yumejyanai Kono Genjitsu which will be released in 2 editions: CD+DVD and CD only.

Taking place mostly on a beach, we see Maina and gang as they passionately dance to the beat of the rock song. It’s a well made scene since the lighting is just perfect for us to see the members but not too bright. So far, it’s a typical MV in terms of shots but thankfully they’ve added a couple of story scenes in there to spice it up.

In all honesty, these scenes are a bit hard to follow and don’t show much apart from Maina getting slapped, but you have to give them an A for effort. But there is an interesting scene in there that involves the members as they jump into a lake.

The true standout of this MV is that lake scene since we get to see what happens shortly after they dive in. The camera cuts off, someone gets a ton of life jackets thrown on them, and then they get rescued with a boat. It’s a nice treat for those watching since we often don’t see the aftermath of these scenes.

As for the song, Sono Te is an impressive rock track from Osaka☆Shunkashuto, which packs in vocals from Maina with pounding guitars. It’s a delightful track and one that shows off just how powerful this group is.

The lack of vocals from other members might be surprising for those unfamiliar with the group, but Maina is the powerhouse so it’s no wonder why she is the lead.

Get ready to jump into the latest MV from Osaka☆Shunkashuto!