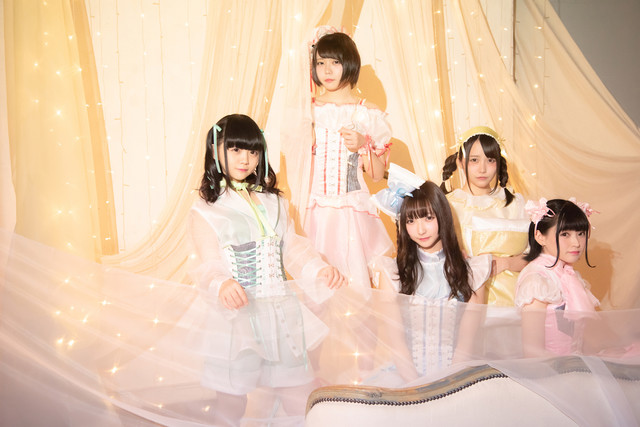 Seireki 13 Ya sing from the ruins of a building in the MV for their 3rd single titled Yokuto Asterism.

Out August 14th, the single will be released in 1 edition.

The song Yokuto Asterism will be used as the ED theme for Buzz Rhythm 02.

It’s been some time since we last covered Seireki 13 Ya, but those who follow the group might be aware of their unique sound. They combine often aggressive dance beats with soft vocals, which work in a rather interesting way. For some, the contrast might be a bit too much but it works wonderfully, with this latest single being a great example of that.

In the MV for Yokuto Asterism, we get to see members from Seireki 13 Ya as they sing from within the ruins of an interesting looking building. It’s a nice contrast since the scenes all have a muted white filter on them that work well to give it an artistic look as they stare and sing their lines.

For those who prefer a bit more of a traditional scene, you’ll enjoy the dance sections since they have the members wearing dresses while singing around poles of light. This matches the intense beats of the instrumental well, despite the soft vocals being drowned out by the intense music at times.

For those who prefer their music a bit on the more aggressive side, you’ll enjoy this latest single from Seireki 13 Ya. Give it a watch below!