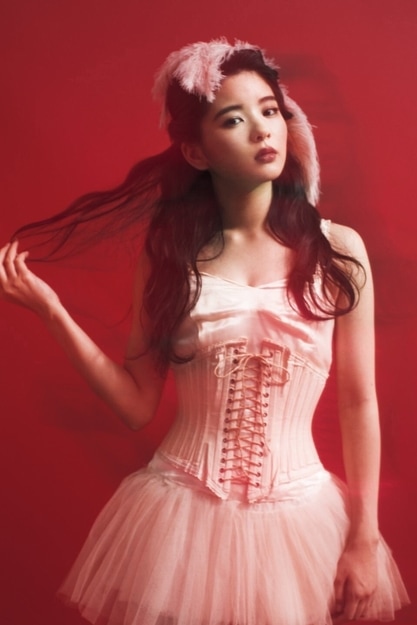 Tamura Meimi sings in the rain in the mellow MV for her 3rd single titled Butai.

Out August 21st, the single will be released in 3 editions: Limited A, Limited B, and Regular.

We haven’t talked about Tamura Meimi yet on this site, and thankfully that’s changing today. All I know about her is that she was part of ANGERME and left fairly quickly to pursue a solo career in singing and acting. Since then she has been successful, with her voice and acting being well known among her fans and the public.

But, she’s just about to release a new single and this one in particular caught my eye. The thumbnail has Meimi singing in the rain, which is something that brings to mind a ballad.

It’s not any ballad though. Butai is a mature take on the ballad formula, with a guitar playing in the background as a rhythmic beat plays in the background. This slightly Latin beat works surprisingly well with Meimi’s voice, showing off her versatility in terms of singing as the melancholic beat plays.

This is the first taste of Meimi’s singing I get and I have to say I’m a fan of her. It’s pretty well done and shows off that despite looking young, she has what it takes to go against seasoned singers. Give it a watch below and grab a copy of the single to show your support!