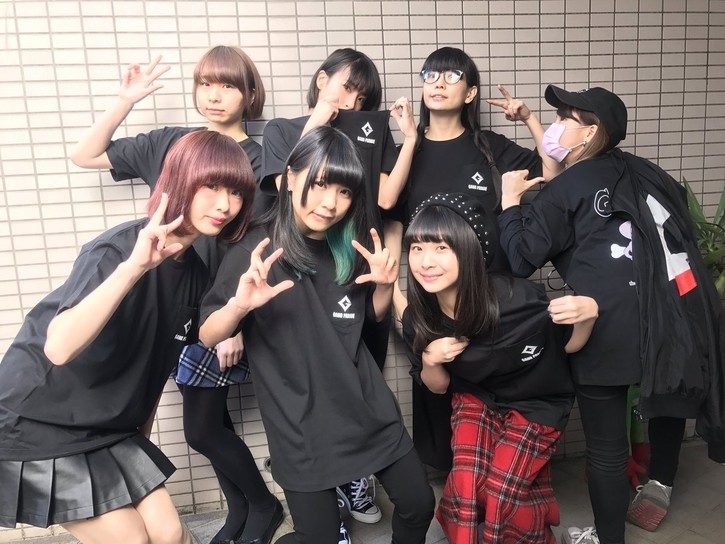 In this week’s Shuukan Idol, we get the sad news that the leader for SUPER☆GiRLS is graduating. Not everything is blue though, since we also get a handful of MVs from GANG PARADE, Bandjanaimon!, and Rev.from DVL’s last single.

That and more in our top 6 highlights of the week!

Being in a group is not for everyone, something Maeshima Ami has taken to heart as she has announced her graduation from the group. With solo plans in the horizon, fans are anxiously awaiting to hear more from her. Best of luck Ami!

Momusu has always been one of the many groups that promotes at a world wide scale with various overseas appearances. This time the group is making their way to Hong Kong to promote their latest releases for fans in that area. Make sure to check out the post for full details!

> Bandjanaimon! get pixelated in the MV for “Seishun Karada da Dash!”

Dempagumi.inc might have the otaku market cornered, but Bandjanaimon! are looking for some of that with their latest release. Taking place in a video game world, the colorful MV follows the members as they go through the levels. It’s a solid release from this group and one that shows off just how great their new album is going to be!

Not many idol groups go their separate ways at the peak of their popularity, but it seems like Rev.from DVL are among the few who have. NEVER SAY GOODBYE is an amazing last release for this talented group, and one that is a must see for those who enjoy their music. Best of luck Rev.from DVL members!

PassCode are among my favorite alternative idols mainly due to their screaming vocals, and thankfully the EDM-core stars are back at it again with a new single. Packed full of content, it’s promising to be an amazing release. Will you bite the bullet and get the single now?

> GANG PARADE go slow-mo in the MV for FOUL

GANG PARADE has been performing with their new lineup for some time now, but we hadn’t had a chance to listen to the new members. That is, until now. FOUL has a solid ballad sound that blends perfectly with the artistic scenes. Also, Saki clips her hair short in the MV, so that’s a thing.

This week we have an interesting self-produced group called Gekijo-Ban Gokien Teikoku and their deliciously titled MV for Hito no Kane de Yakiniku Tabetai.

As the title suggests, the MV takes place in a yakiniku bar where the members enjoy some delicious food. Those who are tired of the dance and close-up shots from other idol releases are in luck since the MV is literally just 4 minutes of them eating. Throw in some random masks, some close up shots of a menu, and some grains of rice and you have the MV in a nutshell.

How’s the song though? The song itself has a nice sound that adds some strong EDM sounds as the members sing. It’s catchy with the fun Japanese instruments playing in the background, making for a unique release.

Make sure to watch on a full stomach since the scenes are sure to make you hungry:

Unfortunately info for the single is still not confirmed, which is expected from a group that is self produced. Hopefully we get some more info since they are an interesting addition to the scene.

That’s it for this, make sure to stay tuned for the next one!