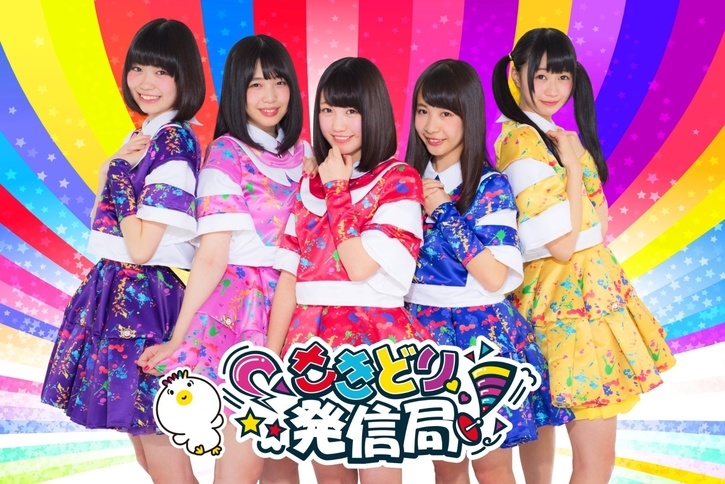 Sakidori Hasshinkyoku have released the MV for their 1st single titled It’s a Show Time!

Out March 21st, the single will be released in Type A and B.

It’s a Show Time! is the ED theme for the TV Asahi show music Ru TV.

First off the song, it’s fairly upbeat with a nice share of catchy moments. EDM, guitars, and surprisingly solid vocals from all of the members combine to form a song that fans of idol music will adore.

The real star of this release however, is the MV. It’s hard to describe the MV with words (there’s a rocket grandma with the words DWI on fire near the end). All we can learn from this release is the fact that idols shouldn’t drink stuff with a giant X on it.

Good work Sakidori Hasshinkyoku, you’ve hooked us all with your catchy song. Make sure to check it out below!