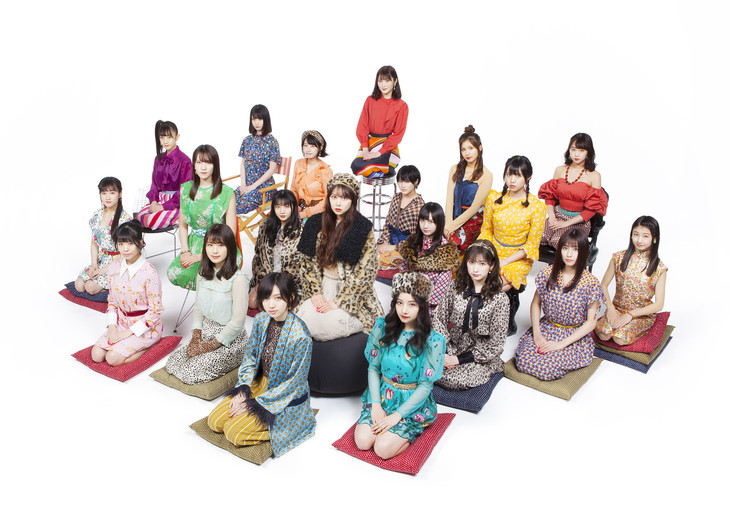 NMB48 party it up in the colorful MV for their 20th single titled Tokonoma Seiza Musume.

Out February 20th, the single will be released in 5 editions.

Are you in the mood for a colorful and flashy MV? Well, you’re in luck because NMB48 have just released the MV for Tokonoma Seiza Musume and it’s packed to the brim with lights and colors.

The main shot shows off the members as they dance in a room packed full of colors and lights. It’s a well made shot, with the members dancing while the lasers behind them flash to the beat. The expressions from the members are something else though, since they are on the border between “cool” and “I’m bored”.

Thankfully, the many items we get to see in the MV (a green sports car, for example) are enough to add some variety. Add in some random shots of the members sitting in a traditional Japanese room and you have yourself a nice mix of scenes.

As far as the song goes, Tokonoma Seiza Musume is an interesting mix of sounds. The “Uh” and “Ha” lines add a simple, yet catchy, touch to the song with a powerful punch to it. But, the rest of the song has a ballad feel to it, which adds a layer of variety to the release and has just the right amount of hook to make you want to sing it over and over again.

It’s a great start for what’s sure to be another amazing single from NMB48, so make sure to check out the MV below and grab a copy of that single!