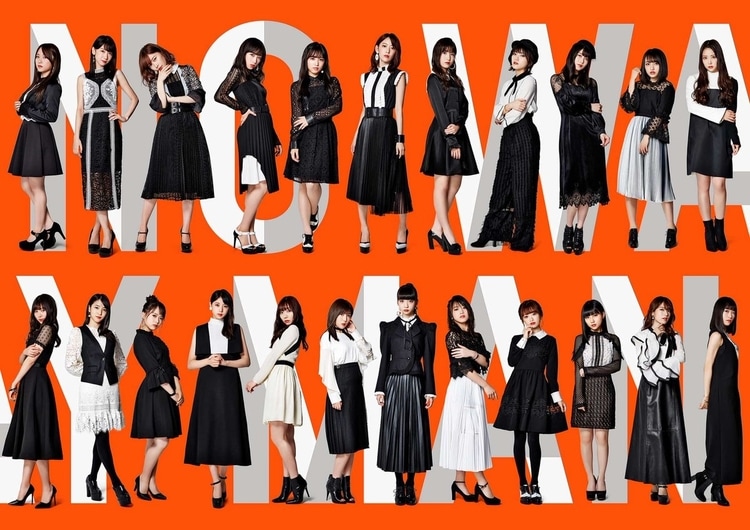 AKB48 has released all of the coupling MVs for their 54th single titled NO WAY MAN.

Out November 28th, the single will be available in 5 types.

After the release of AKB48’s NO WAY MAN MV we’ve been anxiously awaiting the release of more music from AKB48. Thankfully, we didn’t have to wait long since they released the MVs a few days ago.

So, are the coupling MVs as good as the main MV? Let’s find out.

Idols normally find themselves dancing on stages with big smiles on their face. Well, that’s not the case in the MV for Ike no Mizu wo Nukitai where we get to see a group of members make their way to a river where they then start to pull grass.

Yes, it’s not the most exciting of themes but the visuals make up for it with a series of shots showing off the members as they smile their way in front of a stream while the sun beams in the background. These shots single-handedly make the MV a must watch, and somehow make the fun and relaxing song a tad easier to listen to.

Next up we have an MV that shows off the members walking down a long hallway. That sentence sounds a bit bland, but if you add in a smooth transition between each shot in the form of a painting then you get a fun and well made release that manages to impress with its visual effects.

It’s a colorful release and one that shows off the unique looks and personality of each member well to the beat of a chill electronic release that fans are sure to adore. It’s subtle and relaxing, with some effects that rival the main single’s MV.

As everyone knows, once Halloween passes there is nothing else to do except to wait for Christmas. Well nothing says Christmas more than a classic Whodunnit? mystery with a dead guy and a group of idols who have to find out who killed him. Yes, we’re going full Clue with the members of AKB48 and it works oh so well.

The beat of the song is slow and has a touch of ballad, but the true stars of the release are the many shots of the members staring at the camera. They just stare. There are some facts that pop up during their introduction but for the most part all we get are blank stares.

I’m sure that the full MV is a bit more exciting but for now this release simply sets up the stage for a release that fans will have to enjoy in the full release.

Sometimes you need to go back to your roots as an idol and that’s exactly what we get in the colorful MV for Ohayou Kara Hajimaru Sekai. In fact, color is one of the main aspects of this release since each member ends up painting on a canvas throughout the MV while also dancing from time to time.

It’s simple, but the song has an epic orchestra in the background that fits in perfectly with the moves of the members and the scenes of them being painted on the canvas. It’s by far among my favorite MVs for this release because of how well it takes the painting theme and uses it in each shot.

Younger members means having a song that is a bit lighter and more fun. Thankfully that’s exactly what we get in the MV for Saikyou Twintail which has a more traditional idol sound with a wide variety of shots where the members make cute poses to the camera.

Is it a bit too simple? Yes, but the member’s personalities make up for it in strides. Each scene has a ton of color thanks in part to the outfits that the members are wearing. There’s even some painting elements from the U-19 Senbatsu MV that are used for this release.

After getting to enjoy some tunes from the younger generations of AKB48, we now turn our attention to the members from the AiKaBu Senbatsu. Their release is a bit more relaxed, with a song that has more chill vocals and a lighter sound that fits in with the shots of the members living their normal lives.

It’s a simple release and one that shows off that if you’re an idol you’re obligated to dance along with your fellow members anywhere you are. It doesn’t matter if you’re in a bus, sitting, or just at a cafe. It’s sounds like a fun life. Maybe.

So, that wraps up the MVs for AKB48’s 54th single. There were a lot of different themes to enjoy and thankfully it seems like most of the members got a chance to shine through their vocals.

Personally, I’m a bit partial to the Saikyou Twintail and the Ohayou Kara Hajimaru Sekai because of the fun songs that they had combined with the more traditional idol shots. But, thankfully it seems like there’s something here for everyone.

Make sure to check the MVs out above and if you haven’t already, grab your copy of the single below!