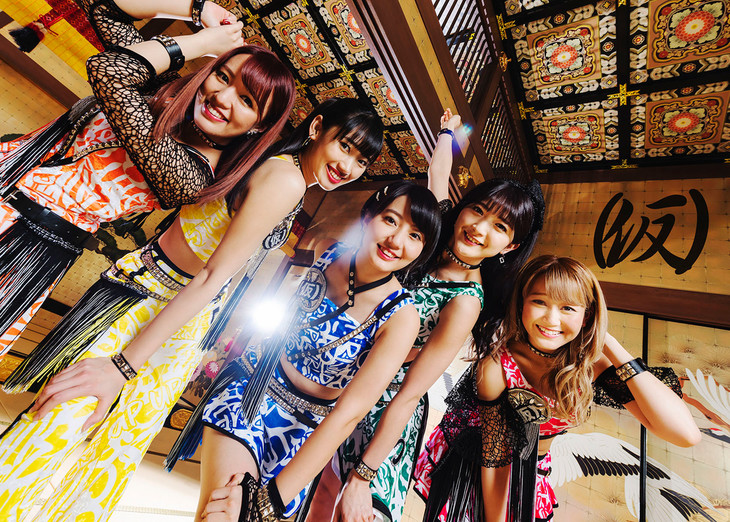 Up Up Girls (Kakko Kari) sing from the rooftops at night in the MV for their latest single titled Heat Beat Island.

Out June 25th, the single will be a double a-side release alongside Da Dan Dance!

After dancing under a disco ball in the calm MV for Da Dan Dance!, Up Up Girls are back to complete their latest single with a spicy release.

Taking place mainly on the rooftops of Tokyo at night, we see the members dance passionately along to an upbeat track. The movements are fast, and work perfectly as the members move to other scenes, including a bar where they each say their lines before leaving. It’s a simple MV when it comes to amount of settings, but the way that each scene flows is simply perfect.

Let’s talk about Heat Beat Island. It’s among the best songs I’ve heard from UUG, mainly because of the island-inspired instrumental that has a touch of EDM. It’s just enough to get you dancing and with the vocals it works beautifully to get you on the dance floor.

It’s a fantastic single and one that Up Up Girls fans are sure to adore. Make sure to grab your copy of the single below and give that MV a watch!