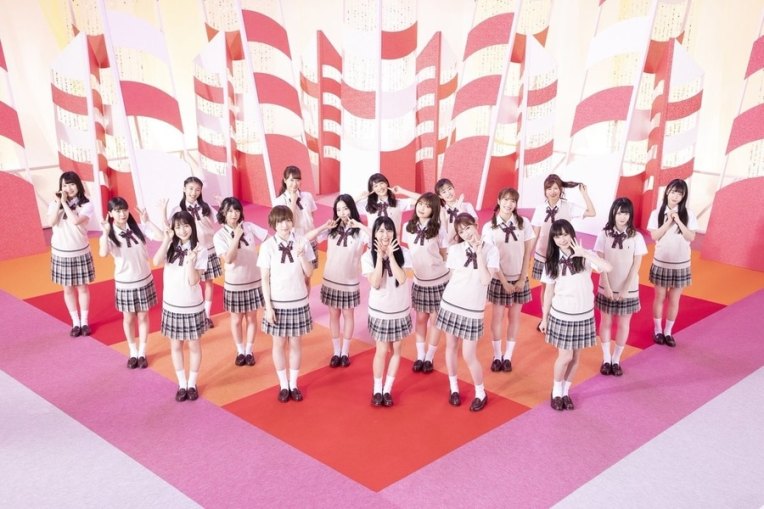 NMB48 Team BII freeze time and cook up some beats in the MV for Jugon wa Jugon.

It’s a packed week for NMB48, with them remembering the past in the MV for Bokou e Kaere!, going retro for Gattsuki Girls, getting all cool in the MV for Boku Dake no Kimi de Ite Hoshii, and partying at sundown for Pan Pan Papapan. Well, get ready for one more because we also got the release of an MV from NMB48’s Team BII a couple of days ago.

So we’ve had impressive themes so far and this one is pretty unique because it packs in scenes of the members chilling at home while cooking some bouncy sausages and having a good time together. That’s a bit boring by itself so they also added a time stop element to the mix which makes the scenes pretty interesting.

Seeing the members frozen in place while singing is entertaining, mainly thanks to the thousand yard stare they have in each scene. But, it helps that the dance shot is well made, with the members dancing in formation while in the kitchen.

As for the song, Jugon wa Jugon is rather unique mainly due to the playful instrumental. It’s packed full of synths and other electronics that together make a somewhat childish beat. In addition, the vocals are just repetitive enough to be catchy, making for great company to the fun sound of the song.

Unfreeze time and check out the MV below!