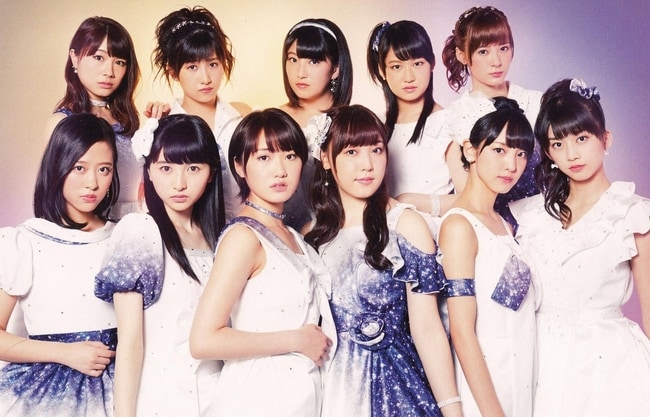 This week we have a rather active week featuring MV releases from some of the scene’s greatest idol groups: Morning Musume ’16, AKB48, Nogizaka46, BiS, and more.

That and more in our 6 highlights of the week!

BiS have been fairly active preparing for their new album release a few months after debuting a new lineup and the result is nothing short of magical. Showing off Shin BiS as they make their way through the streets of Japan riding on the shoulders of fans, it’s a must see for those who can check it out.

Fair warning, I’m not that big of a cat person but when Tsunku manages to put Oda Sakura and Fukumura Mizuki in cat ears he has my complete attention. The song has a catchy, funky beat that is sure to delight fans of the more mature Momusu while showcasing the true nature of cats.

> AKB48 snap into the scene in the MV for High Tension

Shimazaki Haruka is one of the group’s iconic members, but even I wouldn’t have imagined that they would go all out for her final release. There are hundreds of people that fill the streets as she makes her way snapping up a storm and conjuring up a party wherever she goes. One of the most well choreographed MVs I’ve seen and worth a look!

Musubizm once more nail the catchy song formula with the MV for their 2nd single. Featuring the members singing to the beat of a catchy guitar riff, they find a car that reveals something magical at the end of the MV. It’s a slightly underwhelming plot line, but the song is one of the catchiest I’ve heard (did I mention it’s catchy?), check it out!

> Nogizaka46 do something in the MV for Ano Kyoushitsu

Nogizaka46 are known for their catchy ballad songs, but also for their region blocking and this latest MV is no different. Unfortunately it has become somewhat commonplace so fans of idol groups overseas have to find alternate methods to check out the music of their favorite groups. But, if you’re able to check it out please do so!

E-Girls features some of the most talented J-pop performers, but it seems like Erie has decided that it’s time to step away from the limelight. With a rather surprising announcement, it seems like the time has come for her to do the ultimate challenge: be a regular person.

This week we have an MV from Hakoiri♡Musume who show off the MV for their latest release titled Hako Ippai no Present.

Fairly laid back, we get to see the members as they pick a present and do general idol things like sleep in pairs and wear berets. Song-wise, it’s slow paced with some cute vocals that are solid enough for the instrumental.

Unfortunately it didn’t leave that big of an impression for me but it’s definitely something that some fans are sure to love:

If you’re a fan of the song please make sure to grab a copy of their single which should be coming out this November 22nd:

That’s it for this week, make sure to tune in for the next one!