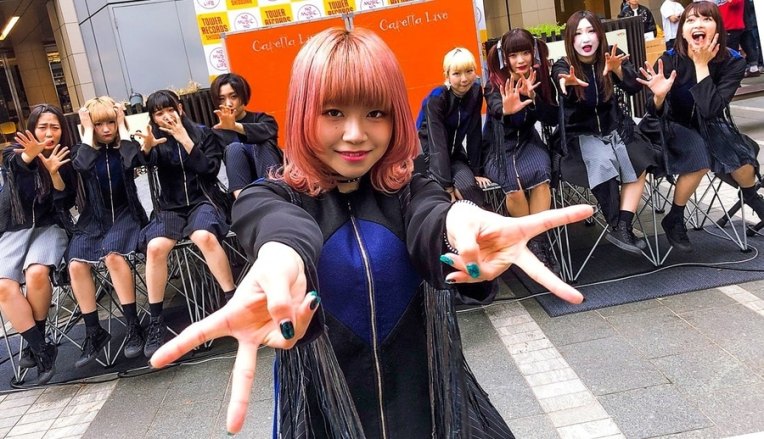 In this week’s Shuukan Idol, we have a boatload of MVs from groups such as BiSH, =LOVE, SUPER GiRLS, ZOC, and more. Add in a surprise major label debut announcement and you have our 7 highlights of the week!

Bikinis. They’re a time honored tradition of idols during summer, and up until now we’ve only seen a handful of them be released. Up next are the SUPER GiRLS who are breaking out their white bikinis in a tastefully done release that will bring to mind the joy of summer. Break out the sunscreen and hit the beach with them above!

> Nogizaka46 dance in a dimly lit studio in the MV for Sing Out!

Nogizaka46 are super popular, and until recently only fans in Japan got to enjoy their music. That’s changing thankfully, with fans overseas now being able to enjoy their videos with no need for a VPN. Quick summary of the MV: lot of dancing, go watch it. It’s a good one.

> =LOVE rock out in the intense MV for Iranai Twin Tail

=LOVE are cute and tend to stick to cutesy songs. Well, they’re flipping that upside down with what can only be considered the best idol rock song of the week. If you can only watch one MV this week (for some reason), make it this one. Seriously, it’s awesome!

> BiSH remember the good times in the MV for I am me.

BiSH show no signs of slowing down, with their last MV for Tsuinishi showing off just how extreme they can get. Now, they’re taking a bit easy with all of the members remembering the good times while they go through their “normal” lives. It’s a chill MV and one that shows off a special cameo that long-time fans of the group will enjoy.

> ZOC get into fanservice in the adorable MV for Chu-puri

ZOC are among my most favorite idol groups, mainly due to Oomori Seiko being in charge of the group. Their latest MV takes their cool image and flips it upside down with all of the members showing off private videos they shot over 6 months. So what do we get in those private videos? Pure cuteness and fan service, plus a whole lot of “kissing”. So much fake kissing.

> QUEENS roll, roll, and roll in the energetic MV for Dis;tortion

QUEENS are among the most notable rock idols on the scene, mainly due to their danceable songs. They’ve just released the MV to promote their 1st album and it’s a treat. Fair warning, if you get sick with a lot of rolling you will not like this release, but it’s a nice reminder that rock and roll music can include a lot of rolling.

> BEYOOOOOONDS are getting a major debut

BEYOOOOOONDS are a group that I have trouble remembering the name of and know almost nothing of, but they seem pretty nice. I’m glad to see I’m not the only who thought they were nice since it seems like they will be getting a major debut soon. Look forward to more BEYOOOOONDS coverage soon!

This week we have Nagoya idols dela and their MV for Hodokenai Tokimeki. Out May 22nd, the single will be released in 1 edition.

We cover a lot of the bigger idol groups on this site, but something I’ve been working to do recently is to start covering groups that are smaller. These groups are not usually what you see being promoted on TV, but they’re popular around certain groups of fans with a smaller, more dedicated following.

Enter dela, a group that has been active since around 2014. They’re relatively unknown for some, but after listening to the song below you’ll become an instant fan.

So, how is their latest MV? The MV for dela’s Hodokenai Tokimeki is a retro delight. The tone of the song brings to mind the 80s, with the members all singing each line with the sweetness that only an idol can do. It’s the perfect sound, bringing to mind a simpler time that fans are sure to adore.

The visuals are equally as amazing, with the members of dela all making their way through fields and nature as they look into the horizon. Add in some color coded outfits, back dancers whose sole job is to look forward with a smile, and a couple of shots of the members smiling with dancing and you have yourself a delightful idol MV.

Is it as modern or flashy as other idol groups? Not at all, and that’s where the charm falls. The sound brings to mind a nostalgic Japanese childhood that none of us reading this have experienced, with the added bonus of cute idols smiling at a group of staff members recording the MV.

Give the MV a watch and if you enjoyed it do me a favor and give the video a like since more people need to enjoy the song!

Show your support and check out their stuff at the links below: