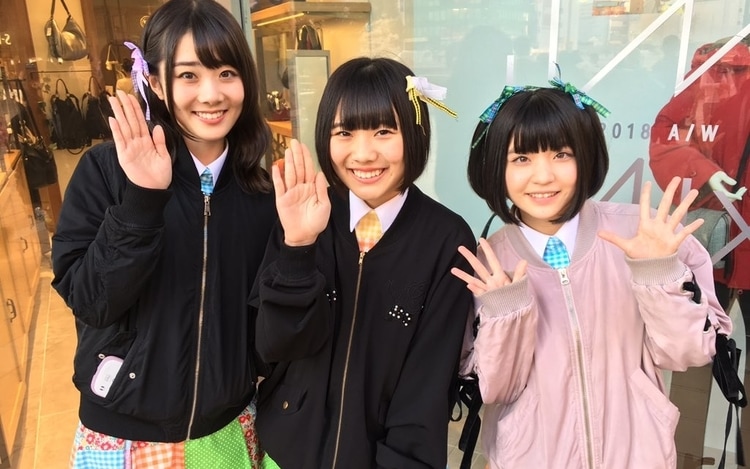 In this week’s Shuukan Idol, we have a handful of MVs from some of the biggest idol groups on the scene including Morning Musume ’18, AKB48, and Nogizaka46. Add in an unfortunate graduation from NECRONOMIDOL and you have our 8 highlights of the week!

Are you ready for a sad time? That’s a horrible way to begin a paragraph but a great way to describe the latest Nogizaka46 MVs. One continues the Nishino goodbye trend with her solo song for the single and the other has a ton of feathers in them. They do have something in common: they’re both amazing ballads.

Wan’t something else that will make you sad? Sari and Hina are leaving NECRNOMIDOL. It’s a sad occasion but one that signals a new era of darkness and evolution for this dark idol group. Full details about their comments are in the post above, we’ll miss you both Sari and Hina!

Chiyuri Ito’s graduation seems to have really affected Team Syachihoko. In fact, it affected them so much that they changed their name and are going for a rock style now. We don’t get a full on MV but it’s a great preview of what’s to come to the new group.

Shingeki are wrapping up their weekly MVs with one that shows their skills at dancing and singing from a bench. Yes, it’s a simple MV but in a way these weekly MVs have shown us just how talented Shingeki are and how they can juggle so many different kinds of songs.

AKB48 have kicked off their latest single with an MV that has a variety of artistic shots to the beat of a modern electronic song. From the shots of them walking and standing next to some huge cubes to the old man that dances at the beginning of the MV, there’s something here for everyone. Also, if you’re into old men dancing in idol MVs well, I respect your opinion.

Iikubo Haruna didn’t get to be the center of one of the previous Momusu MVs, but thankfully they’re changing that with their latest MV. In it we get to see her lead the group as they sing on stage. It’s simple, but it’s a great farewell to one of Momusu’s most fashionable members.

Nothing says idol MV like a group of idols preparing to infiltrate a building. Well .. we don’t actually get to see them do this but it’s the thought that counts. Instead, we get to see a group of idols perform to the beat of an adorable song. This is the last MV to feature many of the members so make sure to check it out!

> Yurumerumo! Do Martial Arts In The Action-Packed MV For Nebagiba Suiken

Nothing says fun like having one of the scene’s most colorful idol groups perform in a martial arts MV. Thankfully, Yurumerumo! are bringing their weirdly adorable music for us to enjoy as they beat up some bad guys and help out a girl as she defeats a bad guy. It’s a fairly long MV but it’s worth a watch from beginning to end!

This week we have Yes Happy! and their MV for Bye Bye. Out since October 11th, the track is part of the group’s 3rd single titled Love and peace!

If chill is what you want, then you’re in luck because Yes Happy! released an MV for one of the chillest idol songs ever earlier this week. In it, we see the duo as they walk through a festival at night while eating some treats and having fun. It’s not that complicated which allows us to fully enjoy the song with some adorable vocals and a light instrumental.

Will it win MV of the year? Not at all, but it’s one of those songs that fans are sure to enjoy as a complement for their latest single.

Grab that candy apple and head on over to the link below to grab a copy of their latest single: