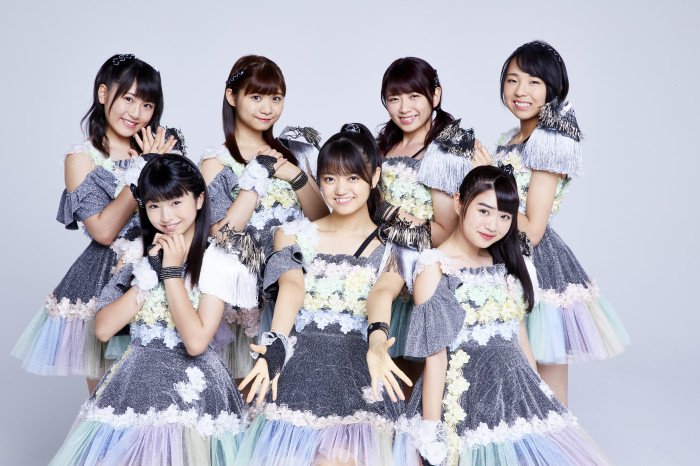 Up Up Girls (2) walk down a path in the MV for OVER DRIVE.

Out since December 25th, the track is part of their double a-side single alongside Kakatte Kinasai.

This will be the last release to feature Nakaoki Rin, who will graduate and retire from the entertainment industry at the end of the year.

After wearing wedding dresses for their Kakatte Kinasai MV, Up Up Girls (2) are taking it to a new level by showing off the group as they walk down a street all the way to a beach. It’s a pretty calm scene but it sets the tone of the MV well and matches the upbeat energy from the song perfectly, even if the color is a bit too saturated at times.

Speaking of saturated, there are a handful of scenes where the members sing from a white room. It’s pretty standard for an idol group, but the intense colors make it a bit hard on the eyes. It seems like most of the budget did go into the wedding dresses for the last MV so this scene is a bit too simple, but it’s still a nice addition nonetheless.

But, what makes this MV so awesome is the song. It has a nice bit of energy because of the singing and the instrumental, which all combine to form a nice contrast to the previous song with a more lightweight feel. The part of the song where Honoka Sasaki says “BE HAPPY!!” basically makes the song perfect.

With that being said, make sure to check out this release. It’s the last 7-nin release for Up Up Girls (2) and one that shows off just how dedicated and talented they are. Yes, the over saturation might be a bit too much but the song makes up for it in strides. Enjoy it below!