BABYMETAL have announced a performance in Los Angeles, California.

END_OF_DOCUMENT_TOKEN_TO_BE_REPLACED

BABYMETAL will be joining Metallica in their Seoul, Korea performance titled WorldWiredTour 2017.

END_OF_DOCUMENT_TOKEN_TO_BE_REPLACED

BABYMETAL have announced that they will be the opening act for the Red Hot Chili Pepper’s UK tour.

The tour will kick off this December 5th and last until the 15th.

END_OF_DOCUMENT_TOKEN_TO_BE_REPLACED

BABYMETAL have announced their collaboration with Super Mario Maker to release an unlockable character.

The event to unlock the character featuring this metal pop trio will be available globally on May 28th at 10:00 am (JST).

END_OF_DOCUMENT_TOKEN_TO_BE_REPLACED

Updated: The performance has been posted after the break

Idol metal trio BABYMETAL will be making their musical debut on The Late Show with Stephen Colbert.

The appearance is scheduled for April 5th and will be the 1st time a female Japanese artist has performed on the show.

Stephen Colbert is among the most popular TV anchors of late night show so seeing BABYMETAL appear on there to promote their newest album METAL RESISTANCE as well as their US Tour dates on their BABYMETAL World Tour 2016 is nothing short of perfect promotion for them.

For those in the US make sure to tune in to the show since it seems like a must see for fans of this talented trio! 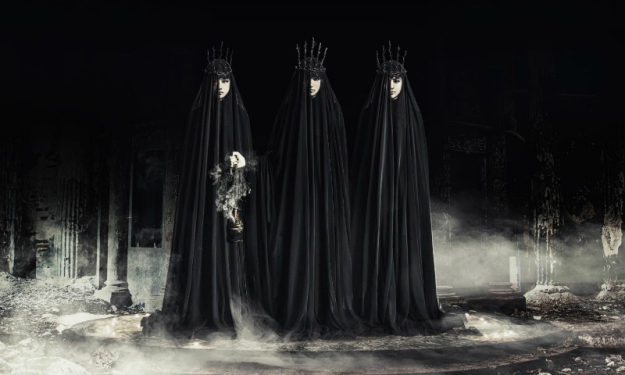 BABYMETAL have released the live MV for their track THE ONE.

The track itself is part of their upcoming album titled METAL RESISTANCE which will be released on April 1st.

Featuring scenes from the group’s performance at the BABYMETAL WORLD TOUR 2015 in JAPAN – THE FINAL CHAPTER OF TRILOGY –, this is certainly a small treat of what fans will be in for with their upcoming world tour which will be kicking off in London on April 2.

The song itself is a rock ballad which means that we don’t get a themed MV, but the images of the members singing from a suspended triangle platform are amazing. The slow tone of the song combined with the English lyrics are a must see (with my favorite being the Anubis heads spouting smoke).

Make sure to check out the MV after the break and get a copy of the album while you’re at it, since this is looking like a solid release for fans of this cute metal trio.

END_OF_DOCUMENT_TOKEN_TO_BE_REPLACED

BABYMETAL have released the MV for a track from their upcoming 2nd album titled KARATE.

Releasing April 1st, the album will be titled METAL RESISTANCE and will be available in 3 different versions: Regular, Limited, and THE ONE versions.

It has been some time since we have heard of BABYMETAL, mainly due to their focus on touring. Thankfully, they have made a massive comeback with a catchy rock heavy song that starts off with a nice beat and follows the group as they do Karate moves to the song.

The song itself has some laid back vocals but they match the rock heavy beat in a particular way. The MV has some amazing imagery, with the members dressed in white coming out culminating in them with black dresses doing the fox sign.

It’s a must see for BABYMETAL fans!

END_OF_DOCUMENT_TOKEN_TO_BE_REPLACED

BABYMETAL have released a trailer for their upcoming album METAL RESISTANCE with a preview for one of the songs titled KARATE. 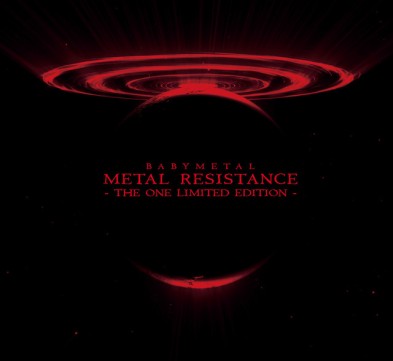 The One Limited Edition 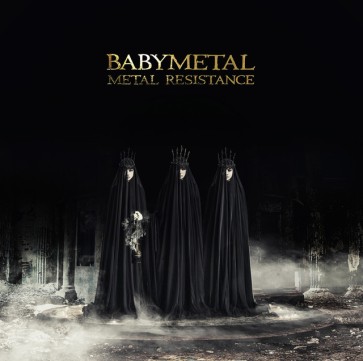 Releasing April 1st, this album has been a long awaited treat from the metal heavy idol trio. Thankfully the wait is almost over, and the release of the covers alongside the trailer featuring their currently available track KARATE below is an amazing treat.

The song itself is already available on iTunes, but those who are a bit on the fence finally have a taste of what’s to come and my excitement matches the all-caps from the title since we are getting a ballad with some strong metal tones.

As the title implies, KARATE, features dance moves inspired on Karate moves. It’s only part of the song but the strength of the vocals and the instrumental form a preview of what’s to come this Fox Day.

BABYMETAL fans get hyped, this album is turning out to be a great one!