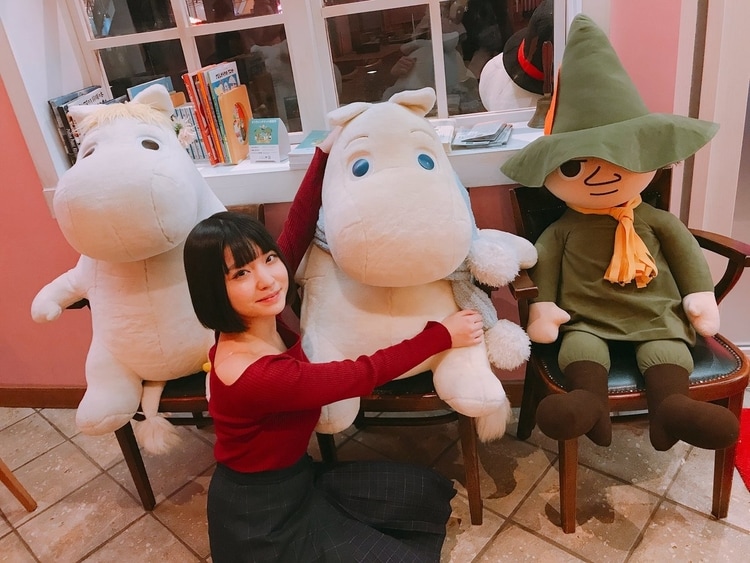 In this week’s Shuukan Idol, we have a large variety of MVs from NMB48, Tsuri Bit, Dream Ami, EMPiRE, and more. Add in a surprise graduation from EMPiRE and you have our 7 highlights of the week!

The idol world is a pretty interesting thing. We hear about the large groups the most, but smaller groups tend to be forgotten at times on the shuffle. That’s a fancy way of saying “Oops, I didn’t notice that Tsuri Bit were disbanding”. But, now that we know, it’s time to enjoy their last MV release in all of its roof-dancing glory. It’s an incredibly catchy song, and one that is well worth checking out!

NMB48 released the main MV for their single last week, and we were left to wonder when we would see the rest. Well, how about now? In a surprise dump of MVs, we got to enjoy the latest and greatest from NMB48 in a nice post. There’s a variety of music to enjoy, a lot of good lighting, and of course, talented members singing their hearts out. Enjoy it all above!

Dream Ami is a soloist, which makes it a bit harder to do MVs since the focus is solely on her. Well, how about making her wear multiple outfits to make it seem as if there are many of her? It’s an interesting concept and one that works beautifully in this rather impressive MV packed full of visual effects where Ami turns into several members.

> BILLIE IDLE go on a TV show in the MV for Soshite, Mata …

BILLIE IDLE usually have MVs packed full of animations to the beat of a rock song. This time, they’re taking it to a whole other level by showing off a rather interesting combo: ballad and TV performance. It’s a unique theme but one that works surprisingly well to show off what they are capable of. Oh yeah, other WACK members make a cameo at the end, so that’s worth a watch for sure.

Yanagawa Nanami is an eye catching member with a lot of talent. Not surprisingly, she quickly rose to become one of the favorite members among Country Girls/Juice=Juice fans. Well, she’s set to graduate soon and to send her off we’re getting a simple, but well made MV for her to the tune of a hopeful ballad. Give it a watch above!

> EMPiRE sing in the intense rain for their Pierce MV

EMPiRE are one of those groups that is technically under the WACK umbrella but are completely the opposite of what a WACK group is. Their music is calmer, but their MVs have questionable themes. For example, this MV which packs in a passionate, catchy song with a violent rain storm. It’s … complicated, but it’s still worth a look since the song is touching, for a reason you’ll find out literally in the next sentence.

This is a sad one. YUKA EMPiRE has been the face of EMPiRE, having joined the group as one of the two original members. Well, it seems like she has decided to leave to focus on her studies. There are some interesting details she revealed that we highlighted above, so make sure to check that out. For now, best of luck YUKA!

This week we have ASTROMATE and their MV for Brilliant World.

ASTROMATE are a relatively new idol group, having released their debut single back in 2018. They’re interesting in that they are going for a rock idol theme with an interesting approach. Are they worth a look or a pass? Let’s find out.

The MV is a rather impressive debut for the group. It has some good editing and takes advantage of lighting. A lot. It’s definitely heavy on the lights at times and it flashes over and over again, with the editing making the MV seem like a blur. It’s a good start, but not exactly an MV I’ll be watching over and over again.

ASTROMATE are relatively new, so the sound is a bit of a mess at times. It’s heavy rock at one time, then they go into a rapping session in the middle, and then they have a softer sound at times. They’ll probably find their sound with coming releases, but what is there does have a potential so that’s a plus.

For now, the MV is worth giving a look. Sure, I didn’t exactly sell it with the paragraphs above but it’s something we can chalk up to the fact that they’re new and are still finding out what makes them unique. I do encourage those who enjoy it to check out their Youtube channel and give them a subscribe or like!

Quick note: If you have epilepsy, don’t see the MV.
There are a lot of flashing lights/colors.

Flash your way over to the link below and grab a copy of their debut single: