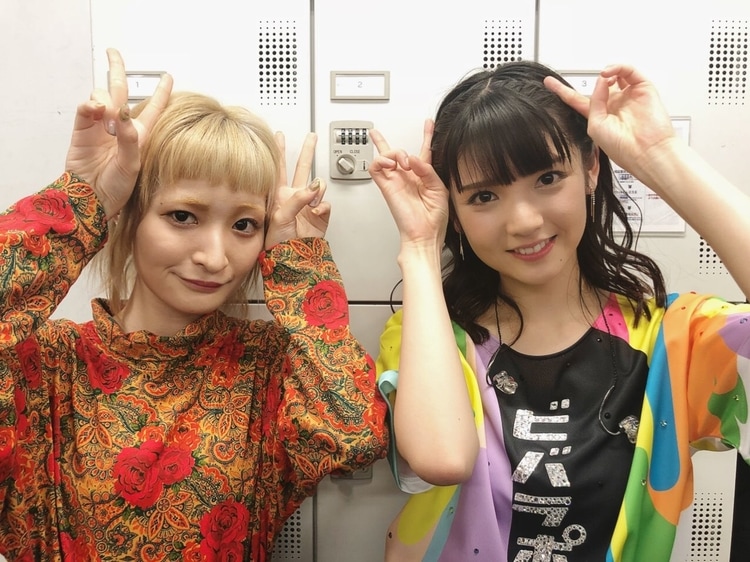 In this week’s Shuukan Idol, we have a variety of MV releases from Bandjanaimon!, E-girls, Suzuki Airi, BURST GIRL, AKB48, and more. Add in an overseas trip from SCANDAL and not-music news from BABYMETAL and you have our 7 highlights of the week!

> Bandjanaimon! go retro for BORN TO BE IDOL and solve a mystery in Koisuru Kanzen Hanzai

Bandjanaimon! always release fun MVs and their latest 2 are no different. From the retro-styled BORN TO BE IDOL to the murder-mystery in Koisuru Kanzen Hanzai, there’s so much to enjoy. Make sure to check them both out above!

> E-girls dance in the tropics for their Show Time MV

Do you want to enjoy some amazing moves? You’re in luck because E-girls recently released what is easily one of their best releases. Taking place in a tropical dance floor, we get to enjoy as they dance to some Latin pop-inspired music. Those hips don’t lie and neither do I when I say that this MV is highly recommended.

Airi is among the most talented singers to come out of H!P, so the fact that we just got 3 MVs from her solo debut album is sure to please many. Thankfully, they don’t disappoint. Each song has a different sound to it, giving us a range from ballads to exotic songs with a catchy beat. Enjoy them all above!

Many were disappointed when Guso Drop went under last year. But, four members remain and they decided to continue their punk tirade with an all-new group. The result? One of the catchiest songs to ever be released by a punk idol group with a fun MV. Run towards the link above and enjoy the MV!

> Malcolm Mask McLaren shred some halfpipes in the MV for Light on!!

Are you into skateboards? Well, you’re in luck because the latest MV for Malcolm Mask McLaren is packed full of them. Add in a pretty catchy easycore idol song and you have what can easily be described as one of their best releases so far. Pop an ollie and check it out above!

Party Rockets have been fairly quiet for some time, but they broke their quiet spell with a pretty rocking release. In it, we get to see the group as they rock out in a warehouse. Will it win song of the year? Probably not, but it’s still worth a look because of how heavy it is for the group.

What do you get when you combine a cool, mature song with a series of epic shots? You get AKB48’s latest MV and one that is among my favorites from them simply because of how well the song and MV turned out. Yes, there is a random mountain scene that doesn’t quite fit in but I’ll overlook it because of how epic it turned out. Highly recommended!

This week we have Kamishi Todoroku, Gekijou no Shiku and their MV for Shin Sekai Exodus. The group is also known as Shin Geki.

This is the first time I’ve heard of the group, but I’m impressed with what I’ve heard so far. The singing is not that well done but the way that they combine spoken and singing lyrics into a raw package for fans to enjoy is simply amazing. Add in a variety of styles of songs such as rock, J-pop, and even some electronic music and you have a randomly awesome release.

Visually it’s no slouch either because it combines scenes of the members as they dance in a club, walking down a street, and sitting on some golden stairs. Sure, it’s not the single best MV ever but it does well for what it is.

Unfortunately, it doesn’t seem like you can get their single on CDJapan. But I’ll link the store below for those who wish to try getting a copy of the single online.