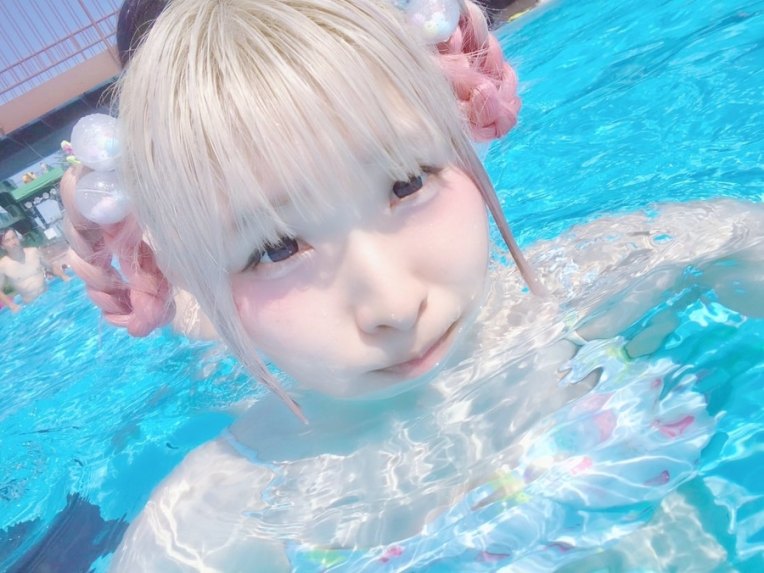 In this week’s Shuukan Idol, we have a variety of MVs from Oyasumi Hologram, ZOC, Toricago, and Pimm’s. Add in a sudden hiatus announcement from a former C-ute member and you have yourself our 7 highlights of the week!

What do you get when you combine Oyasumi Hologram and a random guy in a wheelchair? An MV packed full of confusing scenes, of course. OK, it’s a weird MV but honestly it’s worth a watch to enjoy the dreamy music from this duo and a scene of them playing keep away with a guy at a beach.

> Okai Chisato is taking a break from all entertainment activities

After C-ute disbanded, Okai Chisato ended up pursuing a talent career and has  enjoyed a calm but productive life since then in the limelight. But, it seems like she’s had enough of it. In a sudden move, Chisato has decided to take a break from all entertainment activities to enjoy life outside of it. Why? Check out the post above for more info. Best of luck Chisato!

> PINK CRES. confuse me with lights and costumes in the MV for Tokyo Confusion

PINK CRES. have been around since 2015, but many haven’t had a chance to enjoy their music. Thankfully, they’ve just released an MV that’s perfect for fans who might not know about them. It features fully grown men wearing chicken costumes, the members wearing OL outfits, and even a member dressed up as a giant bear. This is Japan in a nutshell, and I love it.

ZOC became one of the most anticipated idol groups when they debuted … and then they went silent. However, we’re finally getting a title for their debut single and an MV packed with scenes of the members singing at night. It’s a delight and well worth a look!

BABYMETAL not releasing new music is a bit of a meme nowadays, but thankfully that’s changing soon with the release of a song in May. In fact, we’re also getting a couple of new concerts for fans overseas. 2019 is shaping up to be a big year for the group!

> Pimm’s rock out with a cow in the intense MV for Moo!

I’m not going to lie, when I saw the title for this release I was half expecting to hear a song packed full of idols dressed as cows while mooing. But, it’s the complete opposite with the members of Pimm’s rocking out on stage while a person dressed in a cow costume appears from time to time. If you wanted idol cows, you won’t be getting that here, but you will instead get a fantastic and energetic song from Pimm’s.

Toricago are an interesting group, and their latest MV might be among their best. In it, we get to see the members chilling in lingerie while scenes of them running around town play. It’s darker in appearance, but somehow it combines well to make for an amazing release that you’re sure to enjoy.

This week we have Kuro wa Kinai. and their MV for Mawase! Mawasensation. Out since December 10, 2018, the song is available on digital platforms.

Kuro wa Kinai debuted fairly recently, and since then they appear to have been pretty active. They had a chance to perform at 20 live performance and are just about to perform at their 2nd one man show. However, there are many people overseas who haven’t had a chance to enjoy their music. Thankfully that’s changing today with the release of their debut MV.

It’s on the simple side, mainly showing off a dance shot of the members wearing colored outfits. Add in a variety of fun dance moves, some scenes of the members attempting to spin a pinwheel, and many colorful solo shots and you have yourself a typical idol MV. Simple, but pretty solid for a debut MV.

But, Mawase! Mawasensation is far from the average song. It has a nice electronic beat to it that combines with the vocals from the members to form an upbeat treat for fans to enjoy. The chorus is pretty catchy as well, with the Mawase Mawase Mawase Sensation line being something I’ve sung at least 20 times while writing this paragraph.

It’s a great debut and a sign that Kuro wa Kinai are a group to look forward to!

While you’re looking for a pinwheel to blow into, check out their music below: