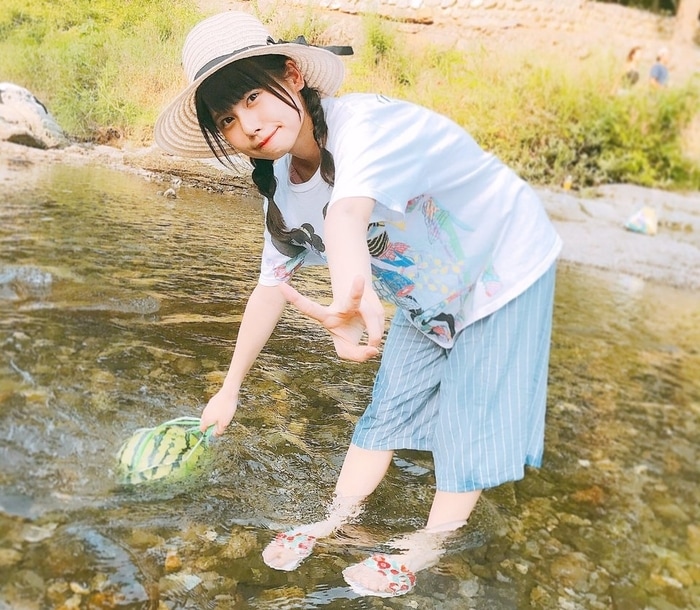 In this week’s Shuukan Idol, we get a ton of updates from Team Syachihoko, Nogizaka46, Zenbu Kimi no Seida, and many other groups. We also get a surprise announcement of a performance from Momusu in the US, 2 disbandments, and more in our 8 highlights of the week!

> Beboga! are going to disband, release MV for their last single

Well, this sucks. Beboga! were among the most promising idol groups to come out in recent years, with them debuting under a major label back in April. Unfortunately, it seems like the celebration was short lived. It’s bittersweet, but at least we get to enjoy an MV of their last single. Thanks for everything Beboga!

Idol collaborations with other non-idol groups are rare. Thankfully we get to enjoy a rather epic song by Team Syachihoko with Radio Fish, a group that is neither radio nor fish. In it we get to see the members try to get some water in the middle of a desert, making for some fun and quirky scenes. Get your rap on with the MV above!

Being jealous is something that we all experience at some point of our lives. But, it’s even worse to deal with if you’re an idol because you apparently have access to bazookas, giant steel beams, and worst of all, Tabasco sauce. It’s a fun and eventful MV that is well worth a watch!

Watanabe has done it again. After we started to think that WACK had lost their touch with BiSH’s latest single we get a sudden gem in the form of a new shuffle group. This gem is unfortunately not a diamond, but rather a new group that is based on something that closely aligns with their group name. Just … just watch the MV.

Well, this sucks too. After a successful career as idols it seems like Babyraids JAPAN are calling it quits this September. We don’t get much apart from the typical “we talked about it” announcement though, so we’re left confused and disappointed. If you’re in the area make sure to go to one of their final performances. Thanks for everything Babyraids JAPAN!

Performing surgery is something that should be left to the professionals. Apparently, Zenbu Kimi no Seida did not get the memo since they do exactly that in their latest surgery packed MV. It’s a unique theme that works rather well, and there’s plenty of colors to enjoy, so hey, we’ll excuse the medical negligence this time.

Momusu has not been to the US in a while, and thankfully that’s about to change with the recent announcement of them appearing at Anisong World Matsuri. Full details are available in the post above. Make sure to go if you’re in the area!

> Kobushi Factory help out in the MV for Kitto Watashi wa

Helping out others feels great. No one knows that feeling more than Kobushi Factory who show us exactly how to do it in their latest MV.  It’s not going to win MV of the year, but it’s a chill and sweet release that’s sure to delight fans of idol music!

This week we have Hachimitsu Rocket and their MV for their 3rd single titled Hanabi to Manga to Choco to Ame. Out August 8th, the single will be released in 3 editions: CD only, Limited A (CD+Blu-ray), Limited B (CD+Blu-ray).

Yes, another August 8th release. Thankfully this summer release is different compared to the others since it’s packed full of yukatas in preparation of the Sendai Tanabata Matsuri, an event that takes place during the single’s release.

From spending time in a room getting ready for the festival to dancing together in a room packed full of tanabata trees carrying the wishes of the members, we get to enjoy several fun scenes of the group together. Add in scenes of them lighting sparklers and jumping into a pool and you have a truly colorful MV packed to the brim with celebrations for the festival.

Enjoy the MV below and all of the fun and colorful scenes of Hachimitsu Rocket getting ready for the festival!

Hanabi to Manga to Choko to Ame
Hachimitsu Rocket

Put on that yukata and check out the link below to grab a copy of this single: