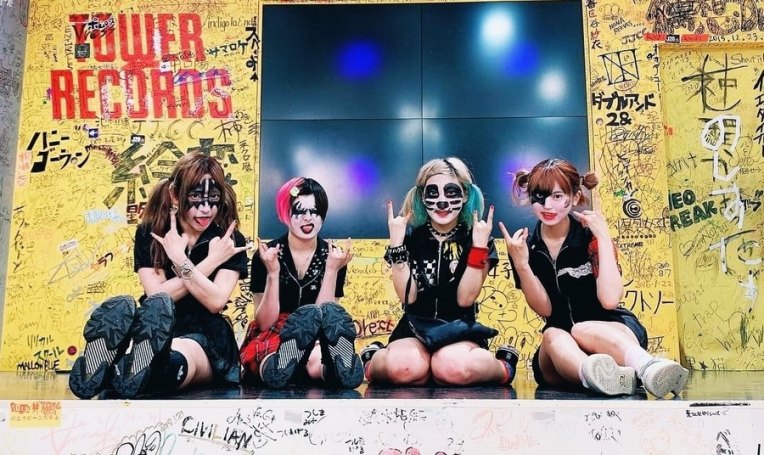 In this week’s Shuukan Idol, we have a ton of MVs from groups such as SKE48, E-girls, SHACHI, Pimm’s and DESURABBITS. Add in a graduation from Nogizaka46, a month long hiatus from a Momusu member, and you’ll have our 7 highlights of the week!

SKE48 are busy promoting their latest single, and they’ve just released the MV for the coupling track with a photo shoot theme. It’s a bit on the “meh” side but if you’re a fan of fast-paced vocals and a ballad instrumental, then you’ll be pretty satisfied.

Do your eyes need a bit of an energetic boost? You’re in luck because the latest E-girls MV packs in some sweet dance moves along with some of the most vibrant colors that money can buy. It’s a stunningly well done MV with each member getting their own set as they sing along to a catchy pop tune. Burn your corneas with color and patterns above!

> SHACHI raps at night in the MV for One Day

Mashilo is a talented artist, and her solo project SHACHI is a great example of that. It’s a hip hop solo project that packs in some catchy beats and some great rapping all in a nice package. Well, she’s just about to release some new music and to promote it we got a sweet MV of her rapping out in the city at night.

I’ll admit that Nogizaka46 are a group that I don’t know much of. But, when the first captain of a massively popular group has announced they’re graduating, it’s something to take note.  Check out the post for more info, and make sure to see some of her final performances while you can!

Pimm’s are a gem in the rock idol world, and their latest MV is showing off an interesting take on the ballad formula. It’s a simple MV that features the members as they go around doing their typical everyday life things to a catchy song. Yes, it won’t revolutionize the world of idol, but it’s a catchy way of promoting their latest mini-album

> Michishige Sayumi does cute stuff in the bright, cheery MV for OK! Ikimakucchae

Sayu is a legend in the idol world. Her cuteness is known around the world and it’s rumored that her smile can cure sick puppies. Well, the time has come for more Sayu and we get that in the form of a new MV that shows off some astounding shots of her singing along to an energetic beat. It’s a must for Sayu fans and a fun song to enjoy.

It’s rare for me to listen to a song more than once or twice, but sometimes there’s a release that I can’t help but listen to over and over again. It happened with Pimm’s Kimi to Boku, and it’s happening again with the latest from DESURABBITS. It’s honestly the best song I’ve heard from DESURABBITS and one that I highly recommend everyone check out!

This week we have Jyujyu and their MV for their latest single titled Hi Jitsuzai Sei Shoujo. Out August 6th, the single will be released in 1 edition.

It’s been a hot minute since we’ve gotten a Gothic themed idol release. Well, that’s changing with the latest song from Jyujyu, a group we don’t really cover that much of on this site.

For their latest single they’re taking a trip down to the underground (parking lot) where they dance along to the beat of a delightfully devilish song. The instrumental has some string instruments, piano, and even some 8-bit blips and blops thrown in for good measure.

It’s a well done track and one that fans of the darker side of idol are sure to appreciate. The visuals have some fast paced editing that helps add in some excitement to each scene, so if you’re looking for that you’ll be happy.

Dive into the underground and enjoy the latest from Jyujyu!

Grab your best goth outfit and grab a copy of the latest single from Jyujyu below: